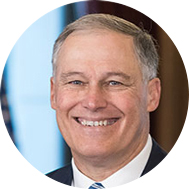 Jay Inslee is a fifth-generation Washingtonian who has lived and worked in urban and rural communities on both sides of the state. Jay graduated from the University of Washington with a degree in economics before earning his law degree at Willamette University.

Governor Inslee was elected to Congress in 1992, serving until 2012 when he was elected governor. He was re-elected in 2016.

During his time in Congress, Jay became known as a forward-thinking leader, especially on issues of clean energy and the environment. As governor, Jay's top priority is growing Washington's innovative industries such as clean energy, information technology and life sciences, and strengthening existing industries such as aerospace, agriculture, maritime and the military. Since 2013, Washington has experienced a 30-year low in unemployment rates and record exports. 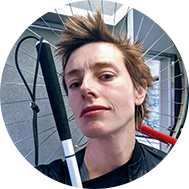 Disability Mobility Initiative Director and founder Anna Zivarts is a low-vision mom and nondriver. Anna represents disabled nondrivers on the Washington State Active Transportation Council, AV Work Group and TDM Executive Board. She is currently serving on NHTSA’s Pedestrian and Bicyclist Safety Program Assessment team for the state of Kentucky. Anna has op-eds on transportation policy published in Bloomberg CityLab and the Seattle Times, and presented her transportation work at the 2020 TRB Annual Meeting, the Shared Mobility Summit & Micromobility America. She received both a Master’s degree in International Comparative Education Policy and an undergraduate degree in Feminist Studies from Stanford University. 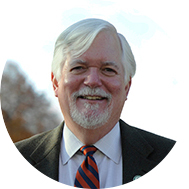 Roger Millar joined the Washington State Department of Transportation as deputy secretary in October 2015 and was appointed Secretary of Transportation in August 2016. He oversees an agency that is the steward of a complex, multimodal transportation system, and responsible for ensuring that people and goods move safely and efficiently.

Millar is an experienced land use and transportation engineer, planner, and program manager with an international reputation for innovative approaches to conservation and development. The prominent theme that has run through his career has been planning and implementing transportation systems that are not ends unto themselves; but rather, the means toward economic vitality, environmental stewardship, social equity, public health and aesthetic quality. His state Department of Transportation leadership is bringing innovation to agencies with enormous influence on transportation investment. 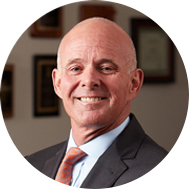 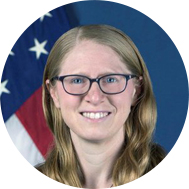 Shoshana M. Lew was appointed as the executive director for the Colorado Department of Transportation (CDOT) in December 2018. She is charged with leading the department in planning for and addressing Colorado's transportation needs, overseeing 3,300 employees statewide, and an annual budget this year of approximately $2 billion.

Under her leadership, CDOT has taken unprecedented steps to involve the public in the planning and development processes for infrastructure projects and has developed a comprehensive transparency and accountability strategy to offer better understanding how the department spends taxpayer funds. CDOT’s Revitalizing Main Streets program, developed at the height of the COVID-19 pandemic, has helped communities of all sizes use public spaces more creatively to promote safer outdoor activity and support the economy.

Lew has also worked in other areas of the federal government, including the U.S. Department of the Interior, and the Office of Management and Budget and Domestic Policy Council within the White House. Before her federal service, she worked at the Brookings Institution.
She is a graduate of Harvard University with a Bachelor's degree in American History and a Master's degree in American History from Northwestern University. 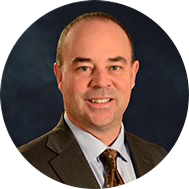 Craig Thompson was appointed by Governor Tony Evers to serve as secretary of the Wisconsin Department of Transportation (WisDOT) beginning in January 2019. WisDOT is one of the largest state agencies, with 3,400 employees and a biennial budget of more than $6 billion. The department supports all modes of transportation, including state highways, local roads, railroads, public transit systems, airports, and harbors. In addition, the department includes the Division of Motor Vehicles, which serves about 50,000 customers each week, and the Division of State Patrol that enforces laws and assists motorists throughout the state.

Previously Craig was the executive director of the Transportation Development Association (TDA) of Wisconsin. He has more than 25 years of experience working with Wisconsin businesses, communities, legislators and units of government. Prior to leading TDA, he served as the legislative director for the Wisconsin Counties Association, managing legislative initiatives at the state and federal levels.

Craig is a native of Racine and a graduate of the University of Wisconsin-Madison. He lives in Madison with his wife and two teenagers. 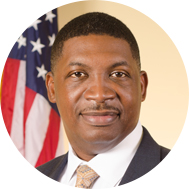 Dr. Shawn Wilson was appointed Secretary of the Louisiana Department of Transportation and Development (DOTD) by Governor John Bel Edwards in January of 2016 and is now serving as Secretary for a second term. He has more than 15 years of executive service at DOTD. Under his leadership thus far, DOTD has ushered in project finance and project innovations, including Public Private Partnerships and Construction Manager at Risk projects. During his tenure as Secretary, DOTD has awarded more than $4.6 billion in construction projects.

Dr. Wilson is Vice-Chair of the Transportation Research Board (TRB) Executive Committee and is the President of the American Association of State Highway and Transportation Officials (AASHTO).

Dr. Wilson earned a B.A. in Urban and Regional Planning from the University of Louisiana and holds a Master of Public Administration degree, as well as a Ph.D. in Public Policy from the Nelson Mandela School of Public Policy at Southern University.

Shawn and his wife, Rocki, reside in Lafayette, they have two children, one son-in-law, and two beautiful grandchildren. 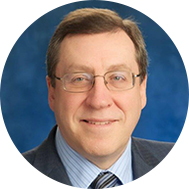 Jerry Buckwalter is the Chief Innovation Officer of ASCE. In that role, he helps to shape the strategic direction of the association and the civil engineering profession. Jerry has been a member of the ASCE Industry Leaders Council from 2006 to the present. He also directs a forward-leaning strategic project called Future World Vision where ASCE is creating a virtual and interactive computer model to assess potential built environments 50 years into the future.

With over 35 years of experience, Jerry came to ASCE from Northrop Grumman, where he most recently served as Director of Corporate Strategy. He was a member of the National Infrastructure Advisory Council for four years reporting to the White House from 2008 to 2012. Jerry earned a bachelor’s degree in physics from Monmouth University and completed advanced coursework at George Washington University and the Massachusetts Institute of Technology, and he has been teaching strategy at the University of Chicago for eight years. 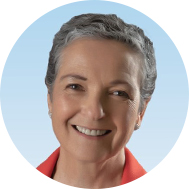 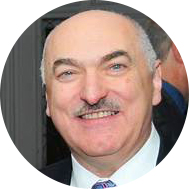 Dr. Hani S. Mahmassani holds the William A. Patterson Distinguished Chair in Transportation at Northwestern University, where he is Director of the Northwestern University Transportation Center, and Director of the US-DOT Center of Excellence on Telemobility. Prior to Northwestern, he served on the faculties of the University of Maryland and the University of Texas at Austin. He has over 35 years of professional, academic and research experience in the areas of intelligent transportation systems, freight and logistics systems, multimodal systems modeling and optimization, pedestrian and crowd dynamics, traffic science, demand forecasting and travel behavior, and real-time operation of transportation and distribution systems. 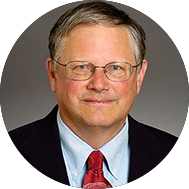 Chris Hendrickson is the Hamerschlag University Professor of Engineering Emeritus, Director of the Traffic 21 Institute at Carnegie Mellon University, member of the National Academy of Engineering and Editor-in-chief of the ASCE J. of Transportation Engineering. His research, teaching and consulting are in the general area of engineering planning and management, including design for the environment, project management, transportation systems, finance and computer applications.

He has co-authored three textbooks available freely on the internet (see Textbooks tab above): Life Cycle Assessment: Quantitative Approaches for Decisions that Matter (2014), Project Management for Construction (Prentice-Hall, 1989, now available on the web) and Civil Systems Planning, Investment and Pricing (2011). He has also published several monographs and numerous papers in the professional and public literature.

Prof. Hendrickson is a member of the National Academy of Engineering, the National Academy of Construction, a Distinguished Member of the American Society of Civil Engineering, an Emeritus Member of the Transportation Research Board and a Fellow of the American Association for the Advancement of Science. He has been the recipient of the 2002 ASCE Turner Lecture Award, the 2002 Fenves Systems Research Award, the 1994 Frank M. Masters Transportation Engineering Award, Outstanding Professor of the Year Award of the ASCE Pittsburgh Section (1990), the ASCE Walter L. Huber Civil Engineering Research Award (1989), the Benjamin Richard Teare Teaching Award (1987) and a Rhodes Scholarship (1973). 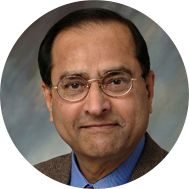 For almost five decades, Kumares C. Sinha has contributed to transportation engineering over a spectrum of areas from highway engineering, traffic operations, and safety analysis to land use–transportation system modeling, transportation financing, and civil infrastructure management. He pioneered integrated highway-asset-management techniques with innovative research on facility condition modeling, treatment effectiveness, life-cycle costing, and multiobjective optimization of system performance to determine the best times and the optimal levels of effort for renewing and repairing pavement, bridges, and other facilities. KCS is a member of the National Academy of Engineering, and a national associate of the National Academies. 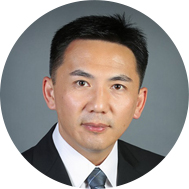 As the Executive Director of AAA Foundation for Traffic Safety, Dr. C. Y. David Yang oversees the day-to-day operations of this non-profit research and education organization. Previously, he was with the Federal Highway Administration, United States Department of Transportation.

Dr. Yang has co-authored numerous peer-reviewed journal articles, conference papers, and government reports on subjects related to vehicle technologies and automation, traffic safety, operations, and planning. An ITE Journal article he co-authored won Institute of Transportation Engineers’ 2015 Traffic Engineering Council Best Paper Award. He is an associate editor for the Journal of Intelligent Transportation Systems: Technology, Planning, and Operations and a member of the editorial board for the International Journal of Transportation Science and Technology. Dr. Yang serves as an advisory board member on a number of university transportation research centers.